OCI Bastion Service Part I: How to use it to connect to your Private Subnet (Console) 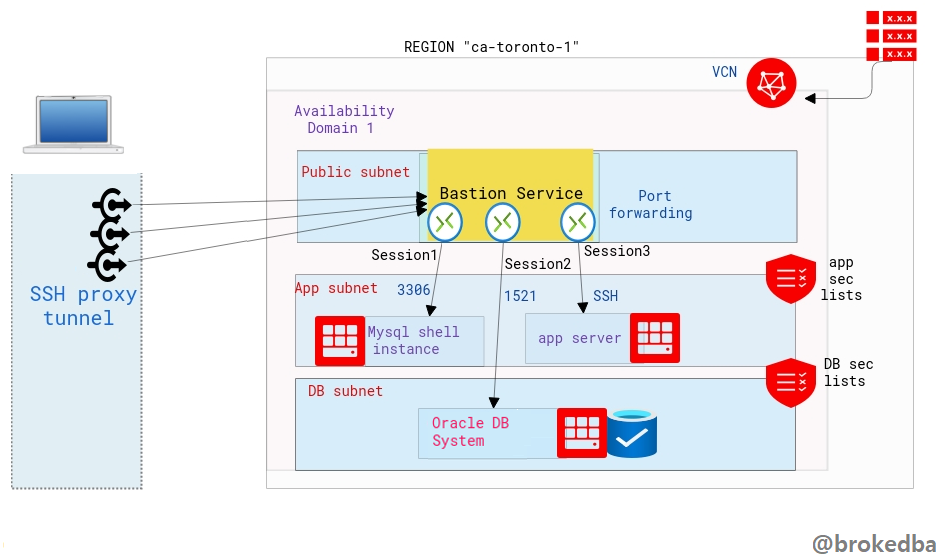 In the cloud, bastion or jump server is the only node exposed to the outside world and acts as a gateway between the private network where your backend resources (application, databases..etc) are hosted and the Internet. A Bastion runs bare minimum applications and is extremely secure. Even if any network can access it, it is still fortified against illegal entry and attack.

But What if there was another disruptive way to provide that sort of remote access without needing to configure a VM in a public subnet ?

What is OCI Bastion service and why is it revolutionary

Let me demonstrate why OCI Bastion service makes your life easier. Imagine every team in your organization wanting their own Bastion VM because hey they're not fan of sharing their stuff with others. For each of your teams you would have to:
-  Create a public subnet
-  Create a VM in that subnet
-  Ensure the hardening and constant auditing of your bastion VMs
-  Pay for the CPU and other resources of your bastion VM for each team.

OCI Bastion service is a FREE serverless, clientless connectivity that enables you to connect from anywhere-on any device or platform-(without an additional agent installation) to your instances In your private subnets.
You can leverage the ssh tunnel for literally any port via port-forwarding feature. Your target system can be a database compute instance (DBCS,MYSQL, EXACS,..) or any app server within your private subnets.

Why OCI Bastion service is better than other providers equivalent offerings

Exactly, with Oracle Bastion service, you not only won’t need to worry about creating, hardening or paying for a bastion vm anymore, but the service is FREE and you won’t have to install any agent nor grant permissions.

I. From the console

CIDR allowlist: 0.0.0.0/0 means you can ssh the db instance from anywhere. 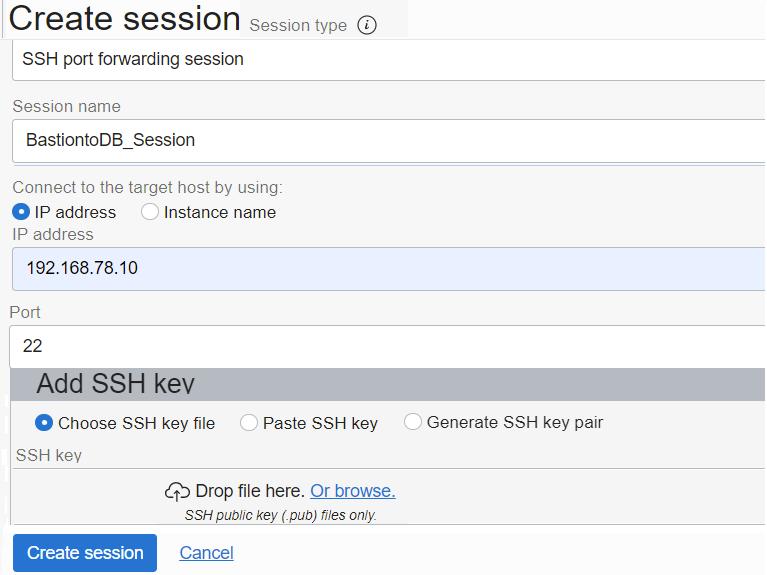 Note:
There are two session types, SSH Managed which requires a cloud agent and port forwarding session which we need.
You can either generate, upload, or paste your SSH public key.

In this article we learned